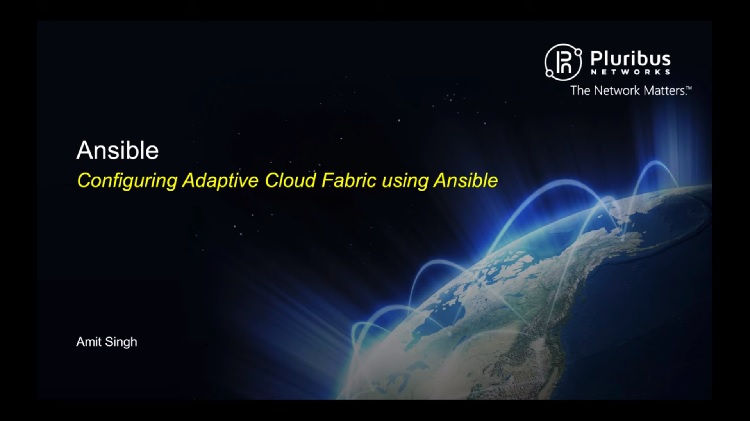 As businesses go digital, the network plays a fundamental role in companies’ competitiveness in the marketplace – it becomes the lifeline of the business. With increasing numbers of users and connected devices, networks are increasing in complexity. Manually installing and updating configurations for hundreds of switches, firewalls, and routers are prohibitively time-consuming, costly, and error-prone. IT Automation is required in order to make the process more efficient while eliminating human error. In fact, automation is the only way to provide high availability while managing the size and complexity of modern networks.

In the past, automation tools like Chef and Puppet have been widely used, but in the last few years Ansible has emerged as a very compelling tool with many advantages for administrators: Ansible is easy to get started with, has great playbooks and requires no agents on target host systems. Ansible automates provisioning, configuration management, application deployment, intra-service orchestration, and many other IT needs, freeing up the network and DevOps teams for more strategic work. The reason Ansible is so popular is simple: it makes life dramatically easier.

As pioneers in SDN, Pluribus understands the importance of simple IT automation, and that’s why we support Ansible. We have released over 25 Ansible modules, or playbooks, to date and continue to add functionality in new playbooks.

Ansible-based automation is especially powerful when used with the Pluribus Adaptive Cloud Fabric™, as shown below.

Pluribus’ controllerless SDN approach uniquely delivers on the promise of network automation and programmability in a highly efficient and resilient manner, with absolutely no controller-to-switch latency penalty even when deployed across distributed data centers. The management layer, where all switches federate together to build a management fabric, shares the full state of the network with every other switch. The entire fabric can be controlled from the Command Line Interface or via an API on any switch. This management plane fabric will automatically populate any configuration or state changes to all other switches in the fabric. The Pluribus software runs on open networking switches, reducing capital costs by 30-60% over traditional vendors, eliminating vendor lock-in, and catalyzing innovation.

Watch this video to learn the benefits of Pluribus’ Ansible integration and see how easy it is to use Ansible to configure the Pluribus Adaptive Cloud Fabric, with support for Layer 2 and Layer 3 network deployments and fabric-aware and individual Ansible-based provisioning.