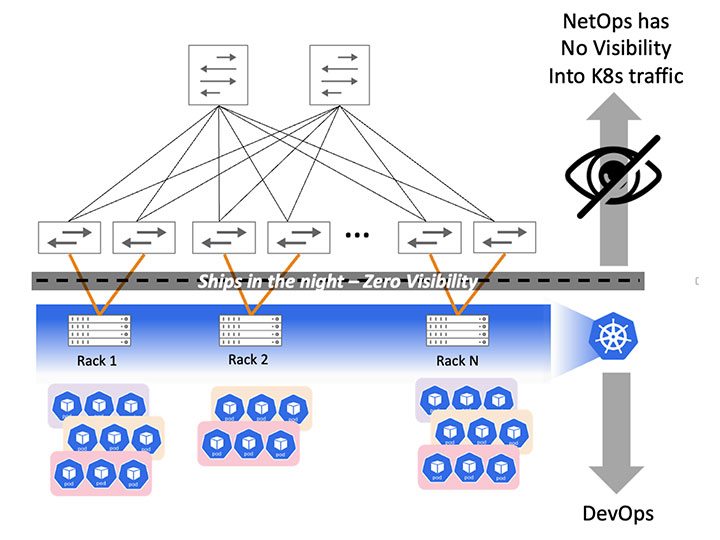 Today, Pluribus released Netvisor 7, which marks another major step forward in our mission to radically simplify deployment and operations for distributed cloud networking. One of the most innovative features of this release is a new suite of monitoring and visibility tools, including FlowTracker and KubeTracker™ fabric services.

In prior releases, Netvisor ONE OS and the Adaptive Cloud Fabric software could capture flow telemetry for TCP flows only. With the introduction of FlowTracker in R7, Pluribus now provides telemetry on every flow traversing the fabric, including TCP, UDP, ICMP and even infrastructure services flows like DCHP, DNS and more.

Amazingly, this comprehensive flow telemetry is achieved without the need for an expensive external TAP and TAP aggregation overlay infrastructure. The cost of procuring and deploying TAPS to capture packet flows for analysis can be daunting and often results in cost/benefit tradeoffs where TAPS are only installed at certain points in the network. With FlowTracker, that expense and those tradeoffs are eliminated, every flow in the fabric is captured, and flow metadata is exported to tools like our UNUM Insight Analytics platform.

The KubeTracker fabric service is a powerful new capability delivered by the Adaptive Cloud Fabric specifically for network operators supporting Kubernetes applications. Similar to FlowTracker, it does not require an expensive parallel TAP infrastructure.

Kubernetes has been around since 2014, but traction for the open source container orchestration platform has been accelerating over the past several years, with a stream of public announcements by numerous IT solution providers. Furthermore, research from 451 shows that cloud native applications based on containers have been fully adopted or partially adopted by 66% of enterprises surveyed.

Q. What is your organization’s adoption status for the indicated technologies?

As enterprises adopt hybrid cloud architectures and increasingly deploy cloud native applications, and as more tier-2 cloud providers expand their Kubernetes offerings, Pluribus Networks sees a major opportunity to leverage the Adaptive Cloud Fabric to deliver a comprehensive set of observability features. The time is right to empower network teams with a fabric service so they can rapidly root cause application performance and availability issues in a Kubernetes environment – thus KubeTracker.

To understand the challenges of supporting Kubernetes applications from a physical networking point of view, take the following scenario: assume we have a NetOps team responsible for providing a high-performance, highly available physical network to support multiple Kubernetes clusters. Also assume we have a DevOps team responsible for managing the CI/CD pipeline integrating Kubernetes.

The DevOps team opens a service ticket flagging that, over the past 24 hours, a specific application based on Kubernetes micro-services experienced performance issues and slow response and they suspect the problem was in the network fabric. Whether this suspicion is right or wrong, the NetOps team is responsible for getting to the bottom of this problem and, until now, they simply have not had the right set of tools at their disposal.

To begin with, the network operation engineer would like to understand specific IP addresses associated with the container endpoints (or pods in Kubernetes) that the DevOps team is complaining about. NetOps engineering would also like to understand the location of these containers in the physical network, to be able to quickly narrow down the investigation to a handful of switches and endpoints in the fabric.

After a few phone calls with the DevOps team, our network engineer learns a few harsh facts about Kubernetes: 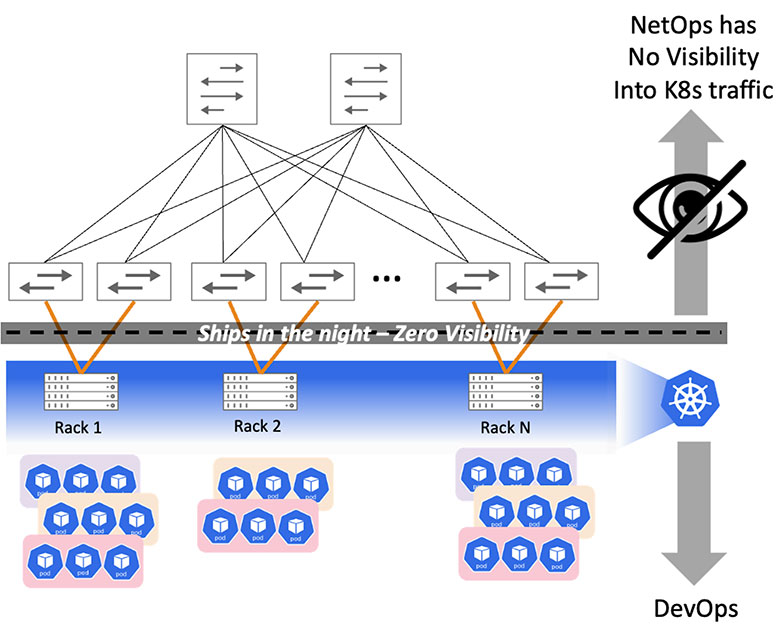 NetOps teams historically have had no visibility into container-conatiner E-W network traffic inside a Kubernetes cluster, making performance monitoring and troubleshooting difficult

NetOps suddenly realizes that they’re facing an almost impossible task of looking for objects which (a) may no longer exists, (b) whose location in the network is unknown, (c) cannot directly be reached from outside the cluster, and (d) whose traffic is also “hidden” in a network overlay. Unfortunately, this reality puts NetOps in a difficult position where they do not know whether the network is a problem or is not a problem. And as we all know, fingers always point to the network first. 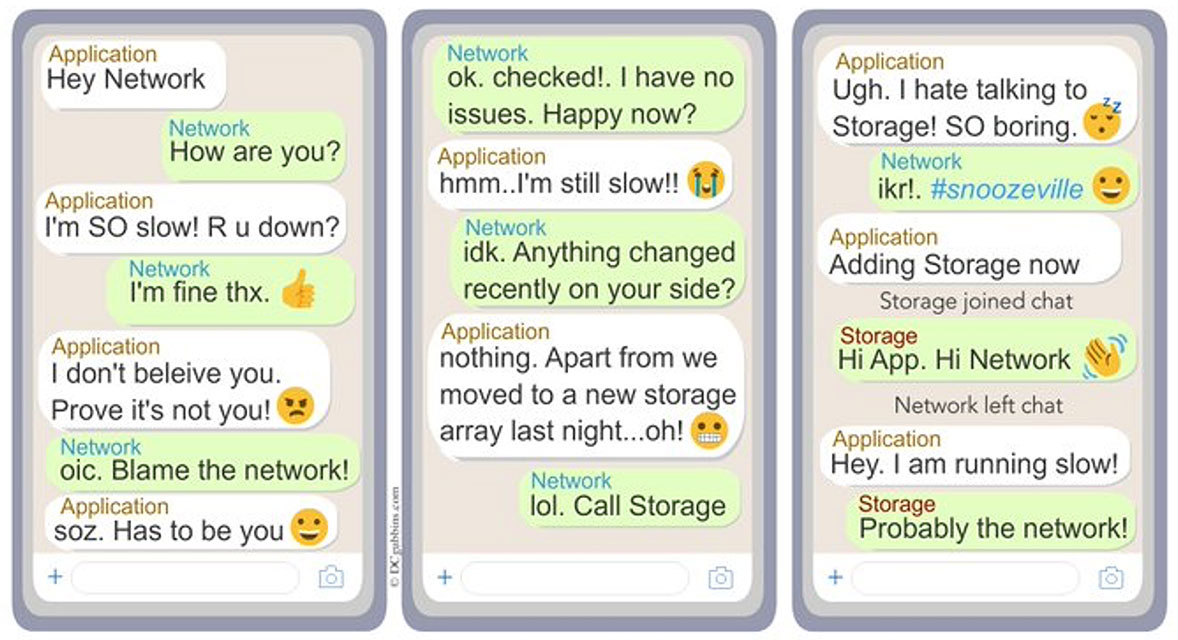 This is where the KubeTracker service comes into play – assisting the NetOps team to resolve a seemingly impossible task in a matter of minutes.

KubeTracker is a service that is supported on any switch that is part of a Pluribus fabric (enabled on any of the fabric nodes) to subscribe to the events published by the Kubernetes API server and make the entire fabric aware of how Kubernetes micro-services are distributed across the network and how their deployments dynamically change over time.

Specifically, the KubeTracker service empowers the NetOps team with the following capabilities:

KubeTracker is an extension of Pluribus Adaptive Cloud Fabric integrated visibility architecture, and it is designed to empower NetOps with the intelligence to minimize the mean-time to resolve any Kubernetes performance or availability issues potentially related to the network.

If you would like to talk to us to learn more about Pluribus Networks’ approach to modern data center network architectures, including how to better support Kubernetes environments, reach out to us for a demo.