If you’re a fan of game shows, you may have either grown up watching The Family Feud (hosted by Richard Dawson) or perhaps the current one (Steve Harvey). If you’re not familiar, the premise is simple: ask contestants the same survey questions the show has already compiled results for in an attempt to have the contestants try and name the most popular answer.

Whilst at VMworld two months back, Pluribus Networks surveyed 134 attendees (no, we did not pit one “family” vs. another). Instead, we were looking for what the big priorities were for their companies’ IT-wise, what they felt about their IT orgs and even their own readiness (in the form of needing/wanting more training) and what role networking had to play in all of it.

Because I already know the results, and perhaps because I am sitting at the precipice of AWS re:Invent, I felt it was a great time to re-mention the findings.  Our press release earlier this month, “Private Cloud is the Essential Start of the Public Cloud Journey” and accompanying infographic announced the survey results. 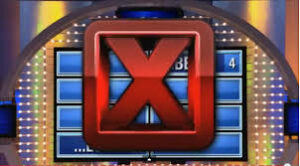 So hopefully you are in agreement with most of the findings. But if not, you won’t be subjected to a Family Feud style big red buzzer “X”.

P.S. Come to the Pluribus Networks booth at AWS re:Invent booth #107 to learn how our Networking can build the perfect Hybrid Cloud Infrastructure…and we’ll let you ask the questions ; )